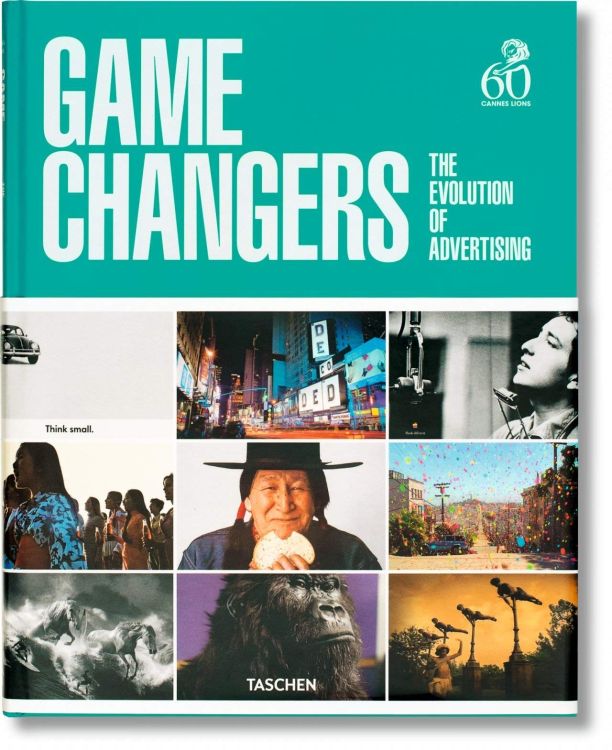 va-Game Changers: The Evolution of Advertising

A celebration of “the misfits, the rebels, the troublemakers, the round pegs in the square holes” who have never stopped redefining the business of creative communications, this book marks the 60th birthday of the Cannes Lions Festival of Creativity. From Volkswagen’s “Think Small” to the “Nike Fuelband” to Levi’s “Laundrette” and Burger King’s “Subservient Chicken,” this book looks at the history behind some 150 pieces of work to ask how and why those who “Just Do It” did it. Edited by Cannes Lions with Peter Russell and Senta Slingerland, with an introduction by Arianna Huffington and eyewitness accounts from the likes of Paula Green, Jeff Goodby, David Bailey, Lee Clow, Aaron Koblin, David Droga, Sir John Hegarty, and Lord Bell, this is the first definitive history of how advertising got from there to here, and where it’s going next. The Cannes Lions International Festival of Creativity is a long-established global benchmark for excellence in creative communications. Launched in 1954, the annual festival hosts more than 12,000 delegates from the creative and media industries, as well as advertisers, technologists, and entrepreneurs, for a week-long series of seminars, exhibitions, and award shows. Around 36,000 campaigns are entered into the festival each year in different categories including film, design, PR, and digital, all vying for the much-coveted Lion trophy.